Roadblocks to Victory: One Woman’s Journey 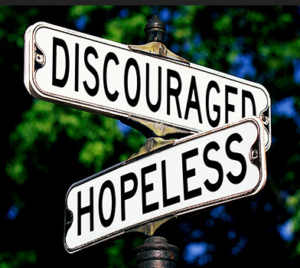 It has taken me a year and a half to grab hold of me and find a way out of this misery called my life. I curled up in a ball and cried every day for a year when my Bipolar husband me left me. I could not understand how he could just leave and not come back and not even tell me he was going… he just left. So how does one begin to heal from that kind of abandonment? Each step I took was very shaky and very frightening; but I took them nonetheless.

I ended up in the hospital wanting to die where they did nothing to help me. They put me in a room all alone in the ER to wait for a bed that never became available. This happened to me three times in three different hospitals. After the third time, I realized they were helping me by giving me time to figure out how to help myself. They would send in a social worker every day or two to check on me to see if I still wanted to die and when they believed that I would not kill myself, they sent me home. I continued with out-patient therapy as often as I could. Having limited stability made it difficult. Home was not where the heart was for me.

Home was a motorhome that my husband walked away from. I had never driven the monstrosity before, but I knew that I was on my own and had to learn quickly. So off on this new adventure I went! Before long, the motorhome died and I was stranded alongside the road, penniless. Restaurant owners allowed me to camp out on their grounds until I could sell the motorhome.  Thankfully, it sold quickly and I bought a car with the proceeds. And suddenly, I was officially homeless and frightened of what lies ahead. I prayed all day every day.

My husband had alienated me from my family so I was not close to anyone except my daughter. She allowed me to spend a lot of time at her house. I would spend most of the time in the bedroom crying. I’m sure that it was very hard on her and my granddaughter. Not wanting to be a burden, I left. It wasn’t long before I went from living on the streets to an abandoned house of a family member. The house had no electricity, gas or running water. I slept on the bare floor and when a person is in their fifties, sleeping on the bare floor is quite a painful experience. The pain and stiffness followed me for days and days. So to bring some relief of the pain and stiffness, I began to walk.

I was 5’ 5” tall weighing 230 pounds and could barely make it around the block. The pain was unbearable but I believed if I didn’t keep moving, I would die. The more I moved, the more it hurt, the faster I walked. Sometimes I would go around the block two or three times a day. It became easier and easier for me to get around the block; but it didn’t take very long for the realization to hit me that the love of my life was gone. And then I would to run in order to block the panic. The pounds started falling off of me and I began to want to live instead of dying. But I knew it was time for me to make some changes.

In deciding it was time to change, I left the unlivable home, ate humble pie and called my mom to ask if I could stay with her. She said yes and I gathered what little I had and headed to my mom’s. During the day, I volunteered at a place that makes food boxes for people and has a secondhand store that is ran through donations in order to pay for the food that they give to people. One day, a lady came up to me and asked if I knew anyone who was fifty-five or older, volunteering and low income and would like to get paid for their volunteer work.  “Yes, me”, I screamed!!! After a lot of nail-biting, prayers and paperwork, I now get a paycheck for my volunteer work and will soon be able to get my own place! I’m so very grateful that I never gave up and chose to live rather than die. If you find yourself discouraged and losing hope, consider conquering the following roadblocks on your journey to victory:

Today, I know I will be able to have a life and take care of myself, whether my husband comes back or not. I graduated from NAMI’s Family to Family class and learned quite a few things that I did not know. The most valuable lesson learned is I can only fix myself. I went on the 5k walk for NAMI, something I’ve always wanted to do. That experience made me feel strong and fearless. I enjoy listening to motivational speakers online which gives me courage to own my circumstances without blaming anyone, especially myself. My hope is to help others see, doing the hard work to improve your life, starts your journey toward mental wellness. Happy trails! 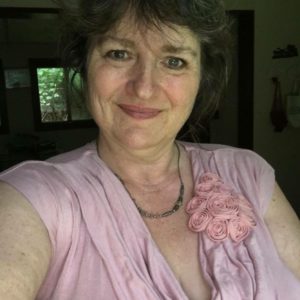 Susan spent most of her childhood trying to runway from her mother’s basement. At the age of twelve, she was raped, battered and emotionally scarred. She suffered through one abusive marriage resulting in a son and another destructive relationship which produce a daughter. Susan married for the second time they lived in a motor home until becoming homeless. After about two years of homelessness, he left her standing beside the road. Eventually, her elderly mom took her in and she is now living in the very basement she tried to escape.

Susan met therapist. Dr. Carol, after several bad experiences with previous therapists. According to Susan, Dr. Carol helped her to gain balance so she could focus on lifelong goals. Susan wanted to be a writer since childhood and is currently working on several books. She helps feed about 1500 families each month.at the Community Action Center in Sandy Oregon. She also helps sort through the Center’s donated items for sale to raise money to help anyone in need. Because of volunteers like Susan, the center is able to help mentally ill and homeless people like her son to get food, clothing and shelter.

33 responses to “Roadblocks to Victory: One Woman’s Journey”