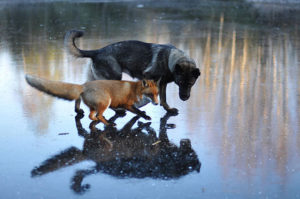 Having passed through some truly heartbreaking events that triggered deep-seated depression, I am left to ponder: What is the true nature of friendship and trust?

At my deepest core, I am a creative person, who enjoys cooking, crafting, writing. When putting my mind to a creative task, the energy I feel takes me to my happy, healthy place. Knowing that the fruits of my creative efforts will be shared with others gives me fuel.

A caregiver by nature, I cannot resist the pull of helping others. Until I recently started writing, I always thought that it was a solitary act of angst, a writer hunkered over a keyboard with a furrowed brow, struggling to string words together to make coherent sentences. Crafting readable characters and cobbling a believable narrative out of thin air breathes life to a writer. And, I’d always fancied myself quite the wordsmith.

When an opportunity arose to help a fellow writer, I was overjoyed. It began well enough. I really wanted to help because the writer claimed she was using her story to heal from her past abuse, which seemed noble and worthy of my assistance. As time went on, we spent hours writing and getting to know one another while collaborating, researching and chatting. We got along famously. Everything was wonderful. Until it wasn’t.

I’m a writer too, you see, and needed to be spending time on my own work. But, I opted to hold my tongue and trudged along. Every red flag was dismissed as merely a momentary glitch.

What began in mutual admiration devolved into a chore, but the actual writing was beautiful, some of the best I’d ever done.

The research was fun, and being able to source information and be part of something I thought was helping someone mend parts of themselves they’d considered broken, was a strong draw for me to keep going. We had several nearly unpleasant exchanges that should have clued me into my ultimate fate. But the “fixer” in me kept lowering my boundaries and giving the benefit of the doubt. Deep down, I felt intruded upon, and at times disrespected. Every time there was a distasteful exchange, her therapy counseling was referenced. I was being told that my contribution was appreciated and necessary for her to maintain her mental wellness. Just enough ego strokes to entice my continued participation. Eventually it wouldn’t be enough.

After an unsuccessful attempt to integrate my original character and her beau into her story, insecurities emerged that could no longer be ignored. The collaboration fell apart over a Christmas holiday. One of our mutual apprehensions was sharing our writing with family. With the New Year approaching, I decided that it was time to feel the fear, and stop hiding. So, I shared cover art with my mother. Imagine my surprise when my mother called me after opening the email I sent her, and she was nearly in tears. My breath hitched in my throat as I waited for her to speak. The tears were not of shame, or indignation. She was so proud of me that she could barely speak.

I couldn’t wait to share my happiness with my friend, who scoffed at my good news, because the holidays hadn’t gone according to her expectations. I sat patiently as we messaged each other back and forth until she told me a break was in order.

We decided to resume writing the morning after New Year’s Day. Aside from lack of sleep, I was bright eyed and ready to go. We bounced ideas off one another as usual. But something was different. After asking one too many questions that day, I was admonished, and told that she’d decided to go back to writing solo. “I hope we can still be friends,” she sneered. I was crushed. Contrary to the offer to remain friends, I was unfriended, and all permissions to access our writing had been rescinded. Not in hours, or days, but minutes.

I didn’t beg my way back; but felt dazed. The whole incident was starting to remind me of a very popular meme:

I didn’t say it was your fault. I said that I was going to blame you.

Left with nothing but questions, I began to grieve my loss. My beautiful writing, the many hours spent counseling, consoling and educating were gone. But most of all – grieving the loss of faith in someone I had come to profoundly trust. A fellow writer. A friend.

If there’s a word to describe my mood at that time, despondent would be quite accurate. In the midst of my unhappiness, I am certain that I’d probably cycled through every single one of the typical Kubler-Ross[1] stages of grief, complete with physical symptoms of deep depression.

My eyes were red for days afterwards from deep body wracking sobs. My head ached. I felt sick to my stomach. I couldn’t sleep.

Through the hurt and anger, I tried to dispel the demons in a constructive fashion. So, I wrote my first MHI blog post, which helped in the short term, but not for long. The teasing, bullying, blaming and lying had begun in earnest. Our story’s newest chapters were posted online, word for word (typos and all) with credit for my efforts being attributed to only her.

One thing has been made abundantly clear to me in the intervening weeks and months – this is not how friends treat each other. Real friends do not prey upon each other or create jealous competition that cannot survive the scrutiny of comparison. Why? Because some things are not meant to be held side by side and analyzed within an inch of their existence. Instead, friends should enjoy a mutual give and take. Each brings something different to the friendship that is meant to be savored and enjoyed in the moment.

10 Friendship Red Flags – Be cautious if a so-called friend:

Through these unfortunate friendship-red-flags, I have learned the value of my true friends, the ones who couldn’t bear to see me doubt myself. Those friends witnessed the effect exacted on my confidence and begged me not to give up on ME. Without them, I might have folded in and not ever gone back to writing.

Though I haven’t been as prolific as before, I am constantly generating ideas for new chapters. The desire to write comes in flashes of inspiration. (We call them plot bunnies.) I will find my footing and continue to work towards my next act. Most of all, I know I’m going to be okay. I am busy making new friends, cultivating long standing relationships and eliminating depression triggers, like fake friends.

[1] (The Kübler-Ross model postulates a series of emotions experienced by survivors of an intimate’s death, wherein the five stages are: denial, anger, bargaining, depression and acceptance.  – Wikipedia.) 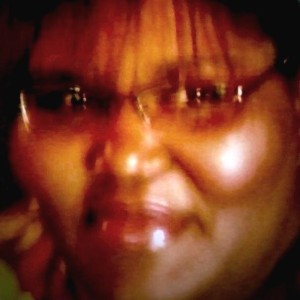 Dominique Thomas is a Mental Health Advocate, who has served on the board of directors of a NAMI affiliate. She continues her work as a support group facilitator, and resource advisor for a local Family to Family class. She is a trauma and abuse survivor who struggles with and survives the ebb and flow of having PTS. (She is adamant about dropping the “D” – feeling that it is unnecessarily stigmatizing) Her journey to advocacy began at a tipping point in her marriage when she asked her husband about his diagnosis – Bipolar Depression. When he could not answer her very pointed questions, she was led to NAMI, where she found fellowship in a support group, and a family education course that changed the way she viewed her role as a caregiver, her diagnosis and that of her husband and mother-in-law.

Dominique revels in the art of cooking and paper crafting. She makes handmade cards for special occasions. Dominique states, “I feel grace and oddly peaceful when I make cards or cook. And I won’t do either for people I don’t like because it is a gift from my heat.” She is also an avid photographer. In her spare time, Dominique is very active on social media, having created and posting on Facebook and Twitter accounts for her local NAMI affiliate. She also co-moderates a Facebook support group about Mental Wellness, and is a writer of short stories based on her favorite television shows and movies.