Living in the Middle: A Bipolar Disorder Perspective 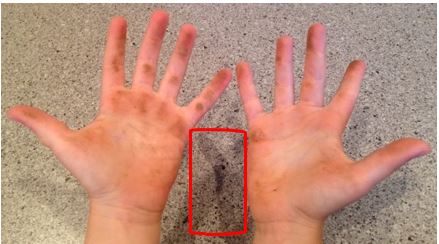 I was thinking about Amy Winehouse and her life. For those who do not know who she was, she was a great jazz singer from London, who had a drug and alcohol addiction, an eating disorder and was bipolar. She had such a great gift but she also had some great demons. In the end, her demons won. Then I thought of life as our hands. The left hand has ground-in dirt, the kind that you cannot scrub away. It is full of callouses and untrimmed fingernails. It’s the kind of hand that we are judged unfavorably. But our right hand’s skin is unblemished. The nails are well-groomed with perfect cuticles. It is the kind of hand that everyone admires.

Ah, this is the dual life we all live. But we seldom see what lies between the left and right hand. We tend to look at either the left or the right hand; but the space between both hands is where most people live. It looks empty but it is not. For much of our lives we live right in the middle. We have spent time in the left hand, the troubled side of us. We also have spent time in the right hand, the glowing side of us. Too often, other people tend to put us in one hand or the other but most of us do not live in either extreme.

So, in using Amy as an example, I was thinking that so many people will remember her as a troubled young woman whose demons led to her death at a very early age. But I will not remember her that way. She was a child who sat in the middle for one half of her life; and then she got lost in the second half (the left hand); but at the same time, her great talent shined through to the end (the right hand). Tony Bennett said, “Amy had a great voice that was on par with Billie Holiday and Elle Fitzgerald”.

Amy refused to take medication for her bipolar disorder but self-medicated with drugs and alcohol. Drugging and drinking with any mental illness make poor bed fellows. As a person with bipolar disorder, I have been on and off medication so many times that I have lost count. I was in denial for many years. I would convince myself that I did not have it or even if I did, it was not that bad, so why should I take medications? I have never used illegal drugs or abused prescriptions drugs. I did drink alcohol. Sometimes I drank too much.

I had one suicide attempt in my life when I was drinking and not taking my medications. That happened about 12 or 14 years ago. The event was so traumatic for me that I cannot remember the exact year. But even having that happen to me, I still would not take my meds on a regular basis. All of my family rejected the notion that I had a mental illness. They refused to listen to me and they ignored the subject entirely. This left me feeling all alone in my life in so many ways. This made me ashamed of having bipolar disorder.

I hit a point where I could no longer deny my mental illness. The death of my aunt and a dear friend, two major moves and being severely bullied by a group of people caused chronic stress for me. After my aunt died, I went into the worst hypo-mania I ever experienced. My anger was out of control. I ended up offending so many people and I lost some friends, who to this day will not speak to me I also ended up spending over $20,000 of my retirement savings. Then I ended up in a long, severe depression. The depression was so bad that I thought I would end up in the hospital, but I did not.

Today, I faithfully take my medications and I see a good therapist. But like Amy, much of my life was lived in the middle and not in either extreme. If I had died during the height of my non-medicated illness, I am sure I would been only remembered by my illness and all of my successes and good points would have been totally forgotten. The point of this post is to get out of denial and into treatment but also remember to be kind to yourself along the way.

You see, your life is not just defined by your mental illness; it is defined by the totality of who you are. Walt Whitman once said, “Do I contradict myself? Very well, I contradict myself! I am large, I contain multitudes.” I think we are all walking contradictions who contain multitudes. But as for Amy, I choose to remember her for her talents. But I remind myself that most of us have a left and right hand, but most of us exist in the middle of the two.
1. Jessica Stebbins, M.S., LCFT Relational Mental Health, Amy Winehouse, Drug Addiction, and Mental Health
2. Colette Bouchez, WEBMD, Mental Health and Substance Abuse 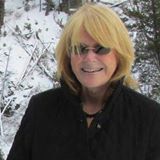 Pam is a 67-year-old divorced woman who in her mid-fifties was diagnosed with bipolar II disorder. She has one son who “has grown up to be a wonderful man”. She has lived all over the USA, including Hawaii. Pam states that living in Spain, England, Italy, Costa Rica and Guam brought her the most joy and the fondest memories. Today, she is a retired social worker, whose clients were developmentally disabled foster kids and people with addictions. Their issues caused her to work closely in drug, family and criminal courts.

Pam is an advocate for the human rights of all people, specifically individuals battling mental illness. She works relentlessly on educating people, so that someday the stigma associated with mental illness will be removed. Additionally, she is a beloved member and former admin of Bring Change 2 Mind, a virtual support group for those with mental illness and/or substance abuse, or who are in recovery, or have a loved one dealing with these issues. The group provides support, guidance and information regarding mental wellness. Pam strongly believes that hard work yields the best results.

13 responses to “Living in the Middle: A Bipolar Disorder Perspective”